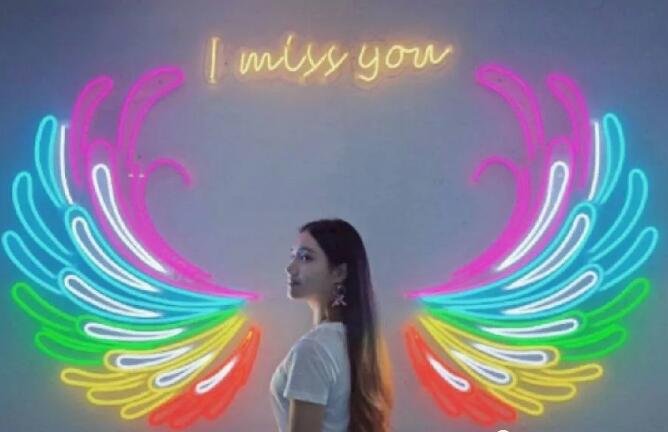 The year 2020, which was shrouded by the epidemic, has finally come to an end, a year that is etched in the bones of Wuhan’s lighting industry, the post-epidemic era, some people are remembering the dead, some people are looking deeper into human nature, the more realistic issue is the ensuing market development, the real economy where to go from here. 2020 was a difficult ordeal for Wuhan’s lighting market, a large number of stores closed down, factories entered a freeze period. Orders decreased under the epidemic, jobs decreased, workers’ wages decreased, leading to a decrease in consumption power, orders decreased again, and the market fell into a tepid predicament.

Since February 2020, in order to save themselves, the market has opened a live mode with goods, e-commerce platform, live with goods, online training is also the unprecedented degree of fire, these are the labels of 2020, will become the Wuhan lighting industry “in the annals of history” of a.

The epidemic came on rampant, so that the whole industry was caught off guard, starting in March 2020, Wuhan stores have made a response, Han Lai Plaza was the first to introduce a rent waiver policy, followed by the rudder drop mouth market, the Southland Lighting World also announced their own rent waiver policy, the health and safety of merchants under the epidemic is the most concerned about the market, Han Lai Plaza market has not yet officially resumed operation when they began to Backstage work, they sent commissioners to maintain close contact with merchants, asking each merchant’s health situation every day, especially some merchants who returned home from Wuhan, mobilizing merchants to actively cooperate with the local government’s relevant epidemic prevention policies and return safely as soon as possible. There are also many enthusiastic merchants who have actively joined the team of community epidemic prevention volunteers, providing various living services and assistance to the citizens in the epidemic.

In the face of the current situation, although the markets offer certain rent reductions to merchants, the only way to stabilize the market is to increase customer flow and improve merchant sales. Therefore, from the second half of 2020, each market increased the frequency of promotional activities, Hanalei Square almost every month on average to carry out a marketing campaign, but also to encourage merchants to come up with explosive products and hot prices, together through various channels and platforms to accumulate customers and attract traffic, better stabilize the confidence of merchants in business. In addition, the lamps and lanterns market omnichannel attraction is also a very obvious change in 2020, online and offline omnichannel attraction, land, sea, and air to help merchants improve sales. For example, the live broadcast, which is very hot in 2020, is also widely used in the promotion of the market. Live broadcast, a small video, and other new marketing models, direct sales may not necessarily bring considerably, but in the offline stores to attract traffic, expand the influence of the brand can still play a role.

Excluding uncertainties such as the epidemic, major stores also have a different level of understanding of future development, Hanalei Plaza Wang Rongchu, deputy general manager, stressed: “The market needs to have a deep understanding of the current industry situation, to see the essence through the phenomenon, clearly know what the deep-seated reasons behind the difficult appearance, in order to proactively adjust and change. “The store needs to change its thinking quickly from the manager to the service provider, both to serve the merchants in the store, but also to serve consumers. Stores and merchants to become a true community of destiny, together with the concerted efforts to do a good job for the consumer service, so as to form a virtuous cycle, to achieve sustainable development.

Affected by the epidemic, Wuhan merchants in 2020, the overall loss of merchants in various markets is much greater than the new, after the epidemic, some merchants directly choose to withdraw, there are some merchants with the mentality of trying to support a period of time, but also chose to leave the field or turn to the warehouse business. Of course, there are more brave people bucking the trend, expansion stores or new stores opened a lot, such as Philips Hubei Operations Center after the epidemic, the new store opened officially began operations, Ochs Hubei Operations Center is also in the epidemic after the renovation and opening, in addition to Fu Man Tang, Rays Burkley, Vanke lighting have different degrees of expansion of the store upgrade.

On a national scale, the impact of the 2020 epidemic on the Wuhan market was more obvious: customer flow was significantly reduced and dealer input shrunk. From a deeper level, it accelerated the industry to step into the process of transformation and upgrading, adjustment and reshuffling. In addition, under the influence of policies such as hardcover housing, sales channels are gradually diversified, the store is no longer a single purchase channel, coupled with the changing needs of consumers, they need more one-stop solutions, rather than a single traditional product supply. These have brought considerable challenges to the market, but also stimulate the market to actively and quickly seek transformation.

For future operations, Wuhan stores will also make improvements. Hanalei Plaza will conduct a comprehensive assessment and grading of the existing tenants from 2021 onwards, based on the comprehensive situation of the contribution, loyalty, and activity cooperation of the tenants in the store, as a reference standard for the lease renewal policy, to fully mobilize the linkage enthusiasm of the tenants and the store. In addition, Hanalei Plaza overturns the tradition of a one-year lease contract to encourage the long-term and stable operation of merchants, and will also give policy tilt to merchants who upgrade their store image and products. In addition, the person in charge also said that he would continue to increase support for marketing activities and brand promotion, and actively expand customers and attract traffic.

The epidemic is a disaster and a challenge for the Wuhan lighting market, and it is a retrograde step to go against the current. The epidemic has accelerated the organic integration of stores and merchants’ resources, which is conducive to giving full play to their respective advantages and keeping up with consumer demand, and will definitely explode with great energy in the future.

From the perspective of brand performance, the epidemic accelerated the differentiation of the brand, the strength of the brand continues to explode energy, continued to make efforts to consolidate the brand position, there are some brands that can not stand the test gradually fade out of the market, the overall activities of the Wuhan brand in 2020 reduced, but there are several more shocking industry activities.

Apple Lighting held a 2020 circulation channel new product launch in September, divided into two large sessions, one in Xiangyang and one in Huangshi, with thousands of dealers participating in each session, which enhanced the confidence of dealers and comprehensively improved the brand influence.

Philips Hubei operation center held a new product conference in September, launched a variety of new products in the fall, consolidating the channel stability, harvesting 3.78 million yuan of order results, it is worth mentioning that Philips operation center is officially operated only after the epidemic, the outstanding achievements in 2020, caused a wide range of industry buzz.

In terms of dealer development, the poor environment is a litmus test, which can better test a dealer’s all-round ability. In 2020, there is no shortage of excellent performers in Wuhan, such as Tianhao Meijia, Oppel Home, Raysbury, Suntory, Fu Man Tang, Juihao Lighting, Wuguang Ten-color, etc. They all have different degrees of excellent performance.

Five Light Ten Color Hubei Operations Center Yu Aozhang said that the best category in sales in 2020 is the minimalist modern style, Hubei Operations Center focus on the main wholesale channel, channel sinking steadily, adding more than 20 channel outlets, brand publicity increased live with goods, a small video and other new ways of publicity. Although the direct sales brought by this method is very limited, but in the diversion of offline, increase the influence of the brand has a non-negligible role.

Philips Hubei operation center in 2020 is also very outstanding performance, Philips operation center before the epidemic in preparation, the epidemic delayed the official operation, Wuhan in April 2020 after the unsealing of the formal operation, but in just a few months the channel network growth faster, the distributor acceptance is higher, the operation center in the brand publicity, channel vigorously support the transformation of the terminal stores, promote the transformation of the distributor business ideas, promote and build integrated stores, elite stores, do not do big and full, take the “small but fine, small but beautiful, small but specialized” route.

The performance of Guanhua Lighting in 2020 is also remarkable, the performance growth is obvious, stores and distribution outlets have a breakthrough, currently more than 40 Guanhua stores throughout Hubei Province, distribution outlets more than 100, there are several stores under negotiation to prepare for renovation after the year, in general, Guanhua Lighting because of stable product quality, high-cost performance, very good reputation in prefecture-level cities and county-level cities, coupled with the branch team is very strong, the results in 2020 is quite good, general manager Li Sanyan said, I hope the new year can get more support from the head office, the results to a higher level.

Product category: modern simple, no main light design continues to be sought after

In terms of product categories, modern minimalist style and no main light design are continuously sought after in the Wuhan market, and the heat is higher. The simplistic design of no main light and uniform light is increasingly loved by young people, while no main light design mainly uses downlights, spotlights, magnetic lights, line lights, etc. These categories have naturally become the darlings of market circulation. The market product performance of the better brands are Rays, Oppel, Philips, Song Wei, Hongguang, Woodland, Suntory, Guanhua, Huayi, Ouman, etc…

Wuhan City, Hubei Province, general manager of Bailey lighting Xiang Tao believes that no main light design is undoubtedly the future direction of development in the field of lighting. 2020 epidemic swept the whole of humanity, the lighting industry has collectively experienced a baptism, for the enterprise brand is an opportunity is also a challenge, the epidemic accelerated the metamorphosis of the industry, industry development has stood at the cusp of the storm, the diversified development of channels, the mainstream consumer groups in the continuous Change, the rejuvenation of designers is also changing the consumer channels and lighting product demand, consumers now pay great attention to the shopping environment experience, personalized, intelligent has become the mainstream of development. In recent years, no main light design has become a popular direction, lighting is not only limited to lighting and decoration, but consumer expertise is also getting stronger and stronger, the requirements for lighting are increasingly high, no main light design to meet the aesthetics of young people, to create a personalized atmosphere, is undoubtedly the mainstream direction of future development in the field of lighting.