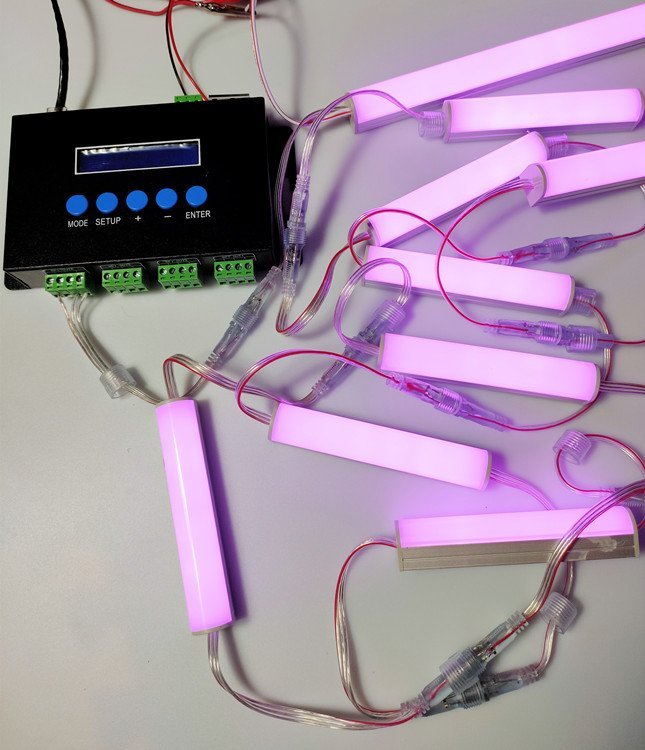 Recently, Ibbetson disclosed information related to the investor survey. The reason for the change in net profit in the first three quarters of the year was due to the return to and focus on the Chinese market, which resulted in an active reduction of gross profit margin by about three percentage points in order to increase the market share; the launch of the CD337 project, which resulted in an increase in the expense ratio; and the continuous increase in various strategic investments, including product research and development for different markets, especially in the Chinese market, product management, marketing planning, sales management and other key areas of talent. This is due to the introduction of investment and IT system construction.

Looking to the future, Eppison said that the acceleration of new national infrastructure and the current promotion of video conferencing have brought new market opportunities to the LED display industry. In addition, the construction of medical infrastructure, intelligent light pole screen, control room, etc. also brings the increase of display demand. At the same time, with the signing of RCEP, after the global epidemic of new crowns is alleviated in the future, Ibbetson will also seize the opportunity to actively grasp overseas market opportunities, bringing the company new growth points.

According to China Intellectual Property News, as of October 2020, there are 1273 patent applications related to Mini LEDs. The earliest Mini LED patent application appeared in 2001, after which the number of patent applications showed a year-on-year increase but the increase was relatively slow, until 2018 to 2019, began to show a rapid growth trend, with an annual application volume of about 200 pieces, which is consistent with the industry’s expectation of the upcoming explosive growth of Mini LEDs.

From the perspective of the applicant countries, China is the only country with a dominant patent application in the field of Mini LED, accounting for about 70% of the total number of applications worldwide. The study found that the patent applications of foreign enterprises are mainly concentrated in the field of Micro LED, although its mass production conditions are not yet mature, but this also reflects the forward-looking patent layout characteristics of foreign enterprises.

OSRAM has released its financial results for the fourth quarter of 2020 and the full year 2020 (October 2019 to September 2020). According to the results, OSRAM generated revenues of €3,039 million in the fiscal year 2020, and despite a comparable decline of nearly 14%, the adjusted EBITDA (earnings before interest, taxes, depreciation, and amortization) margin was flat compared to the previous fiscal year, stabilizing at a level above 8%, while achieving a positive free cash flow of €12 million.

Despite the impact of the epidemic, OSRAM achieved a stable development in the past fiscal year thanks to effective management measures. OSRAM CEO Olaf Berlien said: “We acted with foresight and in a timely manner and took effective measures to minimize the impact of the outbreak on our employees and production. The results are clear, and we are proud of the positive free cash flow of 12 million euros that we achieved last fiscal year.” The final results show a decline in revenues due to the impact of the outbreak, transition costs, and depreciation related to the joint venture with OSRAM Continental. At this stage, the management measures remain on track. The Board of Directors confirmed its forecast for the new fiscal year, which was released at the end of September, and expects comparable revenue growth of approximately 6 to 10 percent for fiscal 2021.
According to the data, OSRAM’s portfolio optimization measures for its optoelectronic semiconductors business (OS) have had a positive impact. Due to the impact of the epidemic, the segment’s revenue was down about 9 percent year-on-year at 1.34 billion euros, while adjusted EBITDA margins climbed to more than 20 percent. Orders in the semiconductor business are currently growing steadily.
In the exceptional environment affected by the epidemic this year, overall Automotive (AM) revenue fell 14% to €1.59 billion, with adjusted EBITDA of around €76 million and a margin of around 5%. This performance was also affected by the results of the OSRAM Continental joint venture. In the future, the businesses related to the joint venture will return to the parent company, which is expected to improve the profitability of the automotive business.
Digital (DI), another important business segment for OSRAM, was even more affected by the epidemic, with revenues down by one-fifth to EUR 742 million and adjusted EBITDA of EUR -28 million.

Positive developments in the fourth quarter
OSRAM’s two business pillars, the optoelectronic semiconductor business, and the automotive business showed improved performance in the fourth quarter of fiscal 2020, with improved profitability in both. The adjusted EBITDA margin of the Opto-semiconductor business even reached 22%. At the same time, the automotive market rebounded significantly, which was significant for OSRAM. OSRAM’s overall performance in key markets has improved significantly over the past few months.
OSRAM expects comparable revenue growth of around 6 to 10 percent and an adjusted EBITDA margin of around 9 to 11 percent in fiscal 2021. Free cash flow is expected to be roughly flat and remain at a level in excess of €10 million. These forecasts are based on the assumption that the 2021 crisis will be overcome successfully. Therefore, any economic impact from a deterioration in the neo-crowning situation is not reflected in these projections.